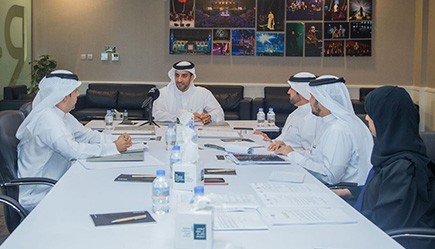 Sheikh Sultan bin Ahmed Al Qasimi, Chairman of the Sharjah Media Council, and other members of the Council have thanked His Highness Sheikh Dr Sultan bin Mohamed Al Qasimi, Supreme Council Member and Ruler of Sharjah, for his constant support to the media sector and the Council’s efforts to develop a positive media climate in the Emirate in line with its core values. Sheikh Sultan bin Ahmed Al Qasimi also welcomed the appointment of HE Hassan Yaqoub Al Mansouri as Secretary-General of the Sharjah Media Council (SMC) under Emiri Decree No. 67 of 2017 issued by His Highness the Ruler of Sharjah.