Sharjah as a Blend of Culture and Business 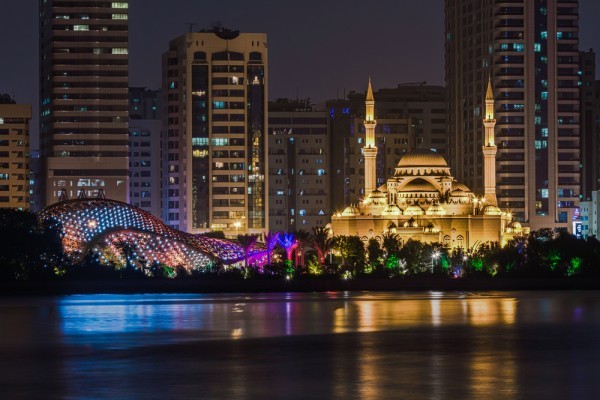 In a country renowned for modernity and business, Sharjah serves as the epicenter of history, culture and heritage. Sharjah joined the federation of the UAE in 1972 as a founder member. It was first governed by Al Qasimi ruling family circa 1727.

Sharjah set itself as the cultural emirate of the UAE, by being awarded the title of the ‘Cultural Capital of the Arab World’ for the year 1998. Heritage, history and language are celebrated on a yearly basis in Sharjah. The most popular event witnessed is the Sharjah International Book Fair that spans 10 days every year. Sharjah Calligraphy Biennial is another significant event taking place in Sharjah every two years to mark the first artists who formed the Arabic language calligraphy.

Although generally acclaimed as the home of culture in the UAE, Sharjah boasts a growing percentage of established businesses contributing to the economic and investment sectors of the country. Sharjah is emerging as a new business destination in the UAE with FDI forecasted to exceed AED1 billion by the end of this year. Sharjah has relied on channeling its investment capabilities into diverse sectors to grow its economy, focusing more on the sectors that attract foreign investors into the region. Three main ports have been launched in the emirate, making it a gateway to the Middle East and the world. Due to its strategic location on both the Arabian Gulf and the Gulf of Oman, Sharjah has become the perfect target for a number of global corporates to invest in. "Free Zones in Sharjah are setting an example in attracting foreign investments due to the well-built infrastructure and trust of investors," said our Chairman Dr. Khalid Al Midfa in Al-Bayan newspaper.

Sharjah has become more welcoming of entrepreneurs with several industrial areas and Free Zones established in recent years. Today, it is feasible to start your own business with a reasonable amount of capital in one of the newest and most progressive free zones in Sharjah; Sharjah Media City (Shams). With the advent of Shams, the emirate is expecting to see a huge rise in investments in the media sector.