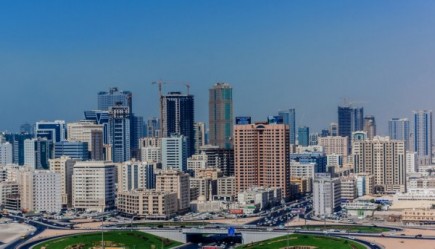 SHARJAH: Sheikh Sultan Bin Ahmed Al Qasimi, Chairman of the Sharjah Media Council and members of the Council have thanked His Highness Dr Sheikh Sultan Bin Mohammed Al Qasimi, Member of the Supreme Council and Ruler of Sharjah, for constituting the Sharjah Media Council (SMC) as part of his efforts to promote a vibrant media climate in the Emirate.

Addressing the first meeting of the Council, Sheikh Sultan Bin Ahmed Al Qasimi said that Sharjah boasts a long and rich history of strong media presence in the region that has helped portray the Emirate’s march of progress on various fronts and the leadership’s vision and policies positively and forcefully.

Welcoming the Council members and expressing best wishes for the SMC’s success, Sheikh Sultan Bin Ahmed Al Qasimi said that Sharjah leadership’s decision to establish the Media Council is a testament to the sector’s tremendous success and growth in the Emirate. He lauded the relentless efforts of the Council members and the media to present a positive image of Sharjah as the Emirate of Culture and Knowledge, establishing it firmly on the global media map.

The Chairman expressed his confidence that the Council would complement and further bolster these efforts by various stakeholders of the media sector in Sharjah and the UAE, in order to allow free flow of information and enhance a work culture that is rooted in the nation’s cultural values and heritage and Sharjah’s experience in the field of media and government communication.

“We commence the Council’s work with a firm resolve and agreement of all our officials at the highest level about the strategic and critical role of the media sector, which has witnessed a qualitative leap with the establishment of this Council.

We will consolidate and develop the unprecedented experience of the Emirate of Sharjah in the media sector, and will work to provide institutions with a variety of experiences that will be good for further development,” said Sheikh Sultan bin Ahmed Al Qasimi.