Media Sector is on Threshold of Progress Under New Council 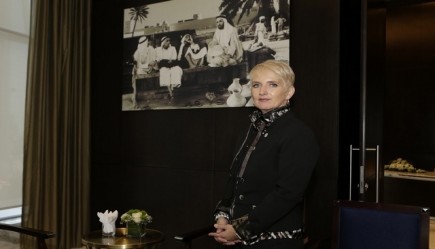 Sharjah 24: Dr. Khaled Omar Al Midfa, chairman of Sharjah Media City confirmed that media sector in Sharjah is on the threshold of wide leaps under the umbrella of the Sharjah Media Council.

He said that Sharjah is abundant with achievements associated with the media sector and government communication which enhance internal and external constructive communication adding that the Emiri Decrees issued today by His Highness Sheikh Dr. Sultan bin Mohamed Al Qasimi, Supreme Council Member and Ruler of Sharjah will push the media system forward and bring it under one umbrella through the Sharjah Media Council that is chaired by Sheikh Sultan bin Ahmed Al Qasimi.

He went on to say that His Highness Ruler of Sharjah’s choice of Sheikh Sultan bin Ahmed to chair the media system in the emirate comes in recognition of his great media capabilities and his achievements in the media sector which bear witness to his capacity to lead Sharjah Media Council.

In an exclusive statement to “Sharjah 24”, Dr. Al Midfa added: “As for the Sharjah Media City which I currently represent, it will be a driving force for media work in the emirate. Coordination will be established on all levels to construct the infrastructure necessary for the media city”.