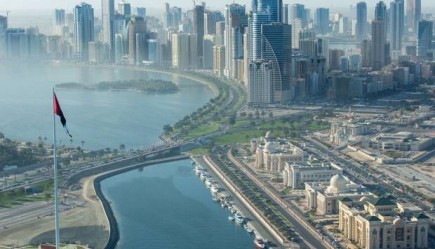 Sharjah has been named as one of the top ten cities in the world for connectivity.

Ranked at number six globally, Sharjah comes ahead of Frankfurt, Manchester, Miami and Dubai, according to an independent survey.

Announcing the findings, Sharjah Investment and Development Authority (Shurooq) said the key connectivity criteria were internet penetration and the capability and ease of movement of goods, areas in which Sharjah has made unprecedented progress. Having established itself as an essential Middle East hub of modern continental trade, the report, conducted by FDi Intelligence Magazine, a division of London’s Financial Times, concluded that Sharjah’s logistics, seaports and airport capabilities had the qualities and capabilities to secure them a place in the leading global connectivity cities.

In terms of internet speeds and use, Sharjah scored highly due to the concerted and consistent efforts to increase access and penetration. The latest statistics show that 71% of the population use the internet.

Mohammed Al Musharrkh (pictured), Director of the Sharjah FDI Office (Invest in Sharjah), said: “This is a great endorsement of the strides Sharjah has made in recent years and the progress that we continue to make in terms of internal achievements and international investments. Connectivity is the cornerstone of good business and with the right infrastructure in place, the world becomes a more accessible market and Sharjah plays a more influential role.”

He added: “Sharjah recently unveiled its 22 billion dirham budget for 2017, the highest in the emirate’s history and another sign of the commitment towards a truly global strategy. Of that 22 billion, economic development has been allocated 41 per cent, reflecting the emirate’s growing interest in enhancing its economic competitiveness, while infrastructure enjoys 31 per cent of the budget allocation – that’s higher by 7 per cent compared to 2016.”

In international infrastructure and logistics facilities, with 29 scheduled airlines, and direct connections to more than 65 destinations around the globe, Sharjah International Airport is the second largest air freight hub in terms of cargo tonnage in the Middle East and is ideally placed both strategically and geographically to connect East and West. It is also a gateway to the northern emirates, with access to vital emerging markets such as India, Iran, Iraq and Saudi Arabia.

The emirate also has three deep-water ports, providing vital access to the Indian Ocean and the Arabian Gulf. Port Khalid, Hamriyah Port and Khorfakkan Port have a combined capacity of more than 5 million containers and are fully equipped to handle a wide range of vessels, from break-bulk to containers. They have attracted a growing number of shipments to and from East Asia and the Gulf Region.

The emirate’s Hamriyah Free Zone, Sharjah Airport International Free Zone and Sharjah Healthcare City also offer a business-friendly environment and connectivity through their locations and the opportunity of 100% foreign ownership.

The full table for the top ten connectivity cities of the future is: